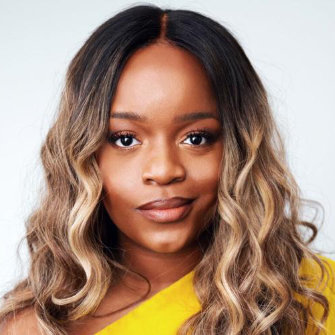 Brittany Packnett Cunningham is an award-winning educator, organizer, writer, leader, and sought-after voice in the realm of social justice and change. Packnett Cunningham inhabits a number of different roles at the intersection of culture and justice. Currently, she serves as Vice President of Social Impact at BET, is an NBC News and MSNBC Contributor, and is the host of UNDISTRACTED, a news and justice podcast with an intersectional lens on the world.

Prior to her current roles, Packnett Cunningham held top roles at Teach For America including Vice President of National Engagement; she co-founded Campaign Zero, a policy platform to end police violence in America; and she served as a Congressional policy advisor. She was also the co-host of Pod Save the People, an award-winning political podcast, for three years and a three-time fellow at Harvard’s Institute of Politics.

Packnett Cunningham is a lifelong activist and proud member of the Ferguson uprising; she served on President Obama’s Task Force on 21st Century Policing and the Ferguson Commission, helping lead the country and her community through change during times of tumult.

Packnett Cunningham received her Bachelor of Arts from Washington University in St. Louis and her Masters of Education from American University.

You are leaving the CDF-Action Council site and being redirected to the National Childrens Defense Fund website.